What Are Fantasy Sports and how to bet on them?

The world of fantasy sports is growing rapidly, particularly in today’s climate where many countries have been forced into lockdown, sporting events have been cancelled, and people are having to adapt to a virtual world and a life online. Thankfully in today’s modern world, with high speed internet and vast technological developments, people are finding new, innovative and engaging ways to interact with each other.

This Is Where Fantasy Sport Comes In

So what exactly is fantasy sport? Well basically, it’s the same as a physical sports game, however all the players, teams and action happens online instead of in reality. In a fantasy sports match, players assemble fictional or virtual teams to perform in actual games where the statistical performance of the teams often determines the outcome. Many of these games feature great graphics and cool effects to make the gameplay more exciting.

Online players, called managers, then play against other managers and their teams in a roster and are able to drop, trade and draft players while wins, ties or losses are given point values, much as they would in real leagues. Fantasy sports leagues are typically played alongside their real-life counterparts, so the better a player performs on the field in real life, the higher a player’s score will be for that player in a virtual game.

Development Of The Sport

Some early forms of fantasy sports can be seen as far back as 1950 with the launch of fantasy golf. In this early game players compiled a team of professional golfers and the player with the lowest combination of strokes at the end of the game was determined to be the winner. This was followed by the launch of the first fantasy baseball league in 1960 and the first fantasy football league in 1962.

In 1980 the launch of the  Rotisserie League Baseball made great strides for the world of fantasy sports, with a major turning point being the fact that players closely followed the current season of baseball whose statistics affected their scores, rather than basing play on past seasons where outcomes were already known. By 1988 thousands of leagues had formed across the United States, with around eight to twelve players in each league. 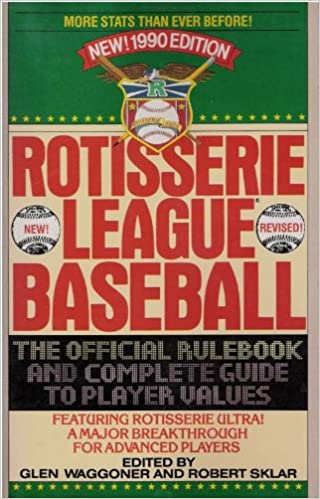 Then came the onset of the internet and a boom was seen in the world of fantasy sports with a Fantasy Sports Trade Association being formed in 1998. By 1999 it was estimated that almost 30 million people in the United States played fantasy sports. And the rest, they say, is history.

Today fantasy sports are offered across a wide range of disciplines with some of the most popular variants being football, baseball, golf, basketball, cricket, hockey, tennis and wrestling.

Why Are Fantasy Sports So Popular?

One of the reasons people love fantasy sports is that the gameplay allows them an opportunity to interact with the action, rather than just being a passive spectator. As a team manager, players can now put their knowledge of their most-loved sport to the test as they make decisions for their virtual team.